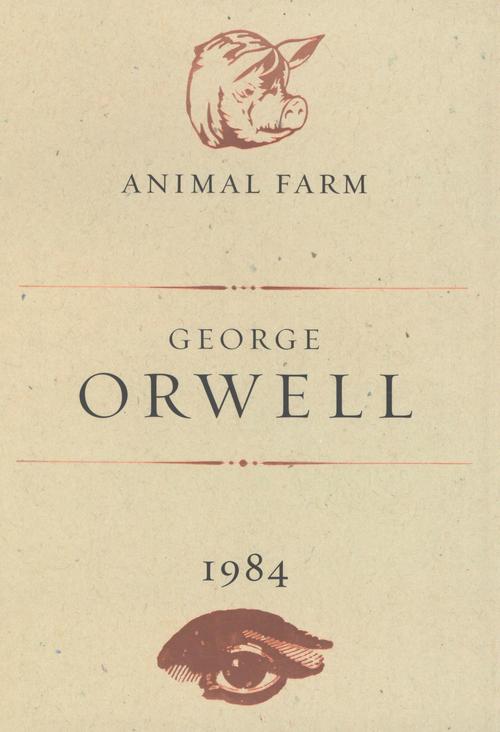 George Orwell's two subversive masterpieces--now together in one edition--are "weapons of self-respect as well as of self-defense," writes Christopher Hitchens in his introduction. Animal FarmA biting satire of the Russian Revolution, Animal Farm imagines a wholly democratic society built on the credo that All Animals Are Created Equal. The pigs Napoleon, Squealer, and Snowball emerge as leaders of the new community in a subtle evolution that leads to the brutal betrayal of the faithful horse Boxer and reestablishes totalitarian rule, adding an unforgettable bloodstained postscript to their founding slogan. 1984London, 1984: Big Brother is watching, and the Thought Police are always one step ahead of you. Winston Smith is a man in grave danger for the simple reason that his memory still functions. Drawn into a forbidden love affair, Winston finds the courage to join a secret revolutionary organization called The Brotherhood, dedicated to the destruction of the Party. Together with his beloved Julia, he risks his life in a deadly fight for freedom.