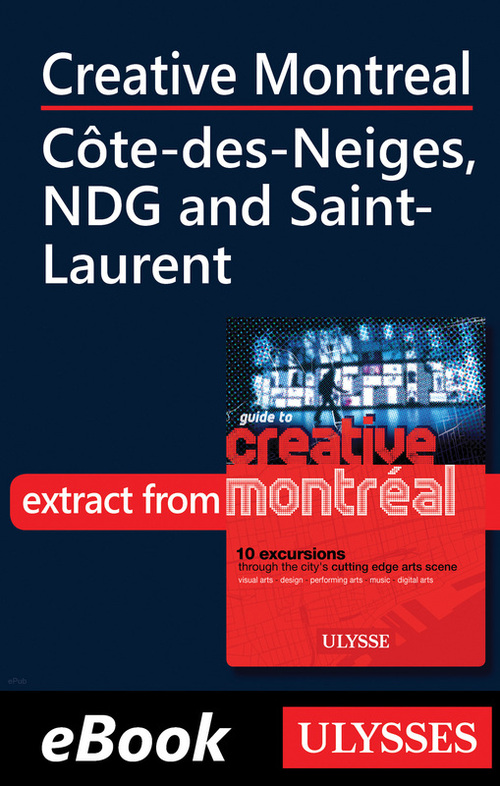 The Guide to Creative Montréal's Côte-des-Neiges, Notre-Dame-de-Grâce and Saint-Laurent tour offers a foray into the fields of performing arts, visual arts (art galleries and public artworks), digital arts, music and design.
Forming a single Montréal borough, the Côte-des-Neiges and Notre-Dame-de-Grâce (NDG) neighbourhoods are located on the western and northern slopes of Mount Royal. After having crossed this two-headed borough, our tour heads north into the former city of Saint-Laurent, which became another Montréal borough in recent years. The cultural offering in these three neighbourhoods is mainly composed of public artworks, but also includes two Maisons de la Culture and performance halls which present a variety of concerts and other shows.
The tour features countless bookstores, record stores, cafes, restaurants and shops where you can stop along the way.